David Sandum is a Swedish artist who began to draw and paint during depression, inspired by Edvard Munch’s philosophy that we should all write or paint our life story. 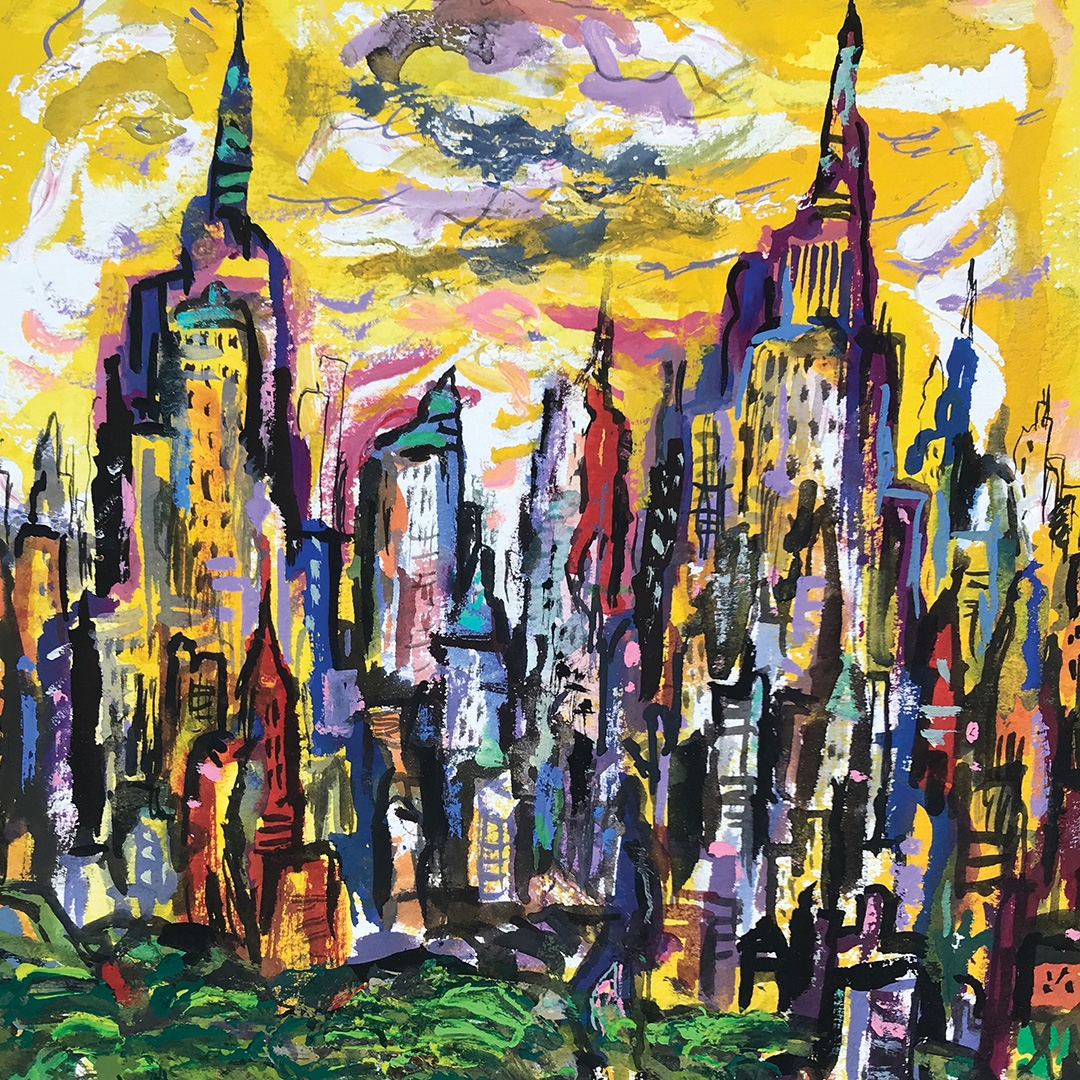 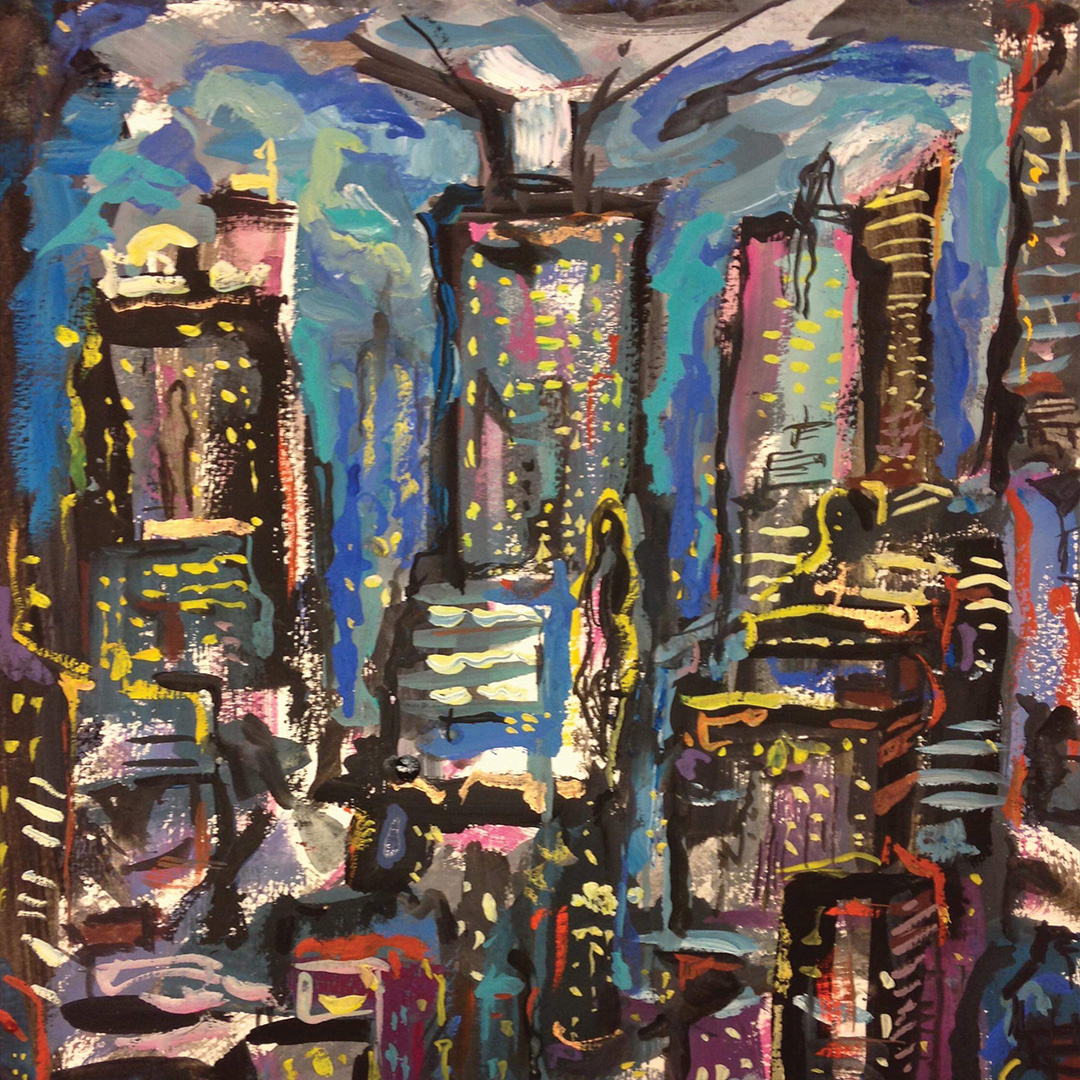 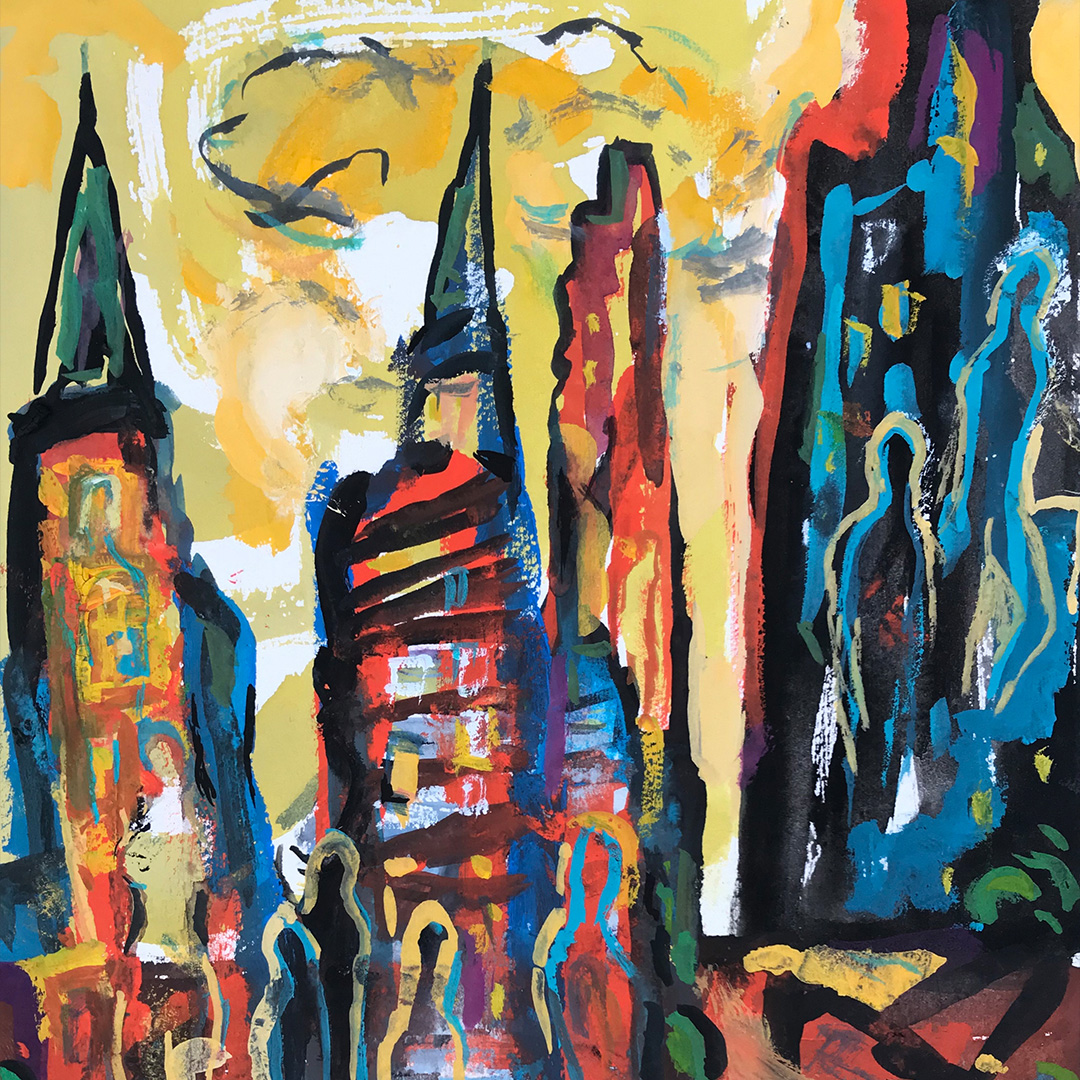 Born and raised in Sweden, David Sandum moved with his wife to the United States in the early 1990s and settled in Salt Lake City. He attended the University of Utah and graduated in 1999 with a BA in speech communication.

Soon after, he returned to Scandinavia with his young family and ultimately secured a position in IT sales. The demands of his new job, on the heels of many years of stress, took a toll on his health, and he fell into a severe depression.

In 2002, David had his first exhibit in his new hometown of Moss, Norway. Over the years since, he has pursued a career in art, participating in many group exhibits and annual solo gallery shows. He was also awarded several public art commissions in Hvaler, Norway, and Skagen, Denmark. In 2007 David completed a series of Auschwitz-Birkenau paintings in honor of his grandmother, who was a survivor. One of the pieces was acquired by the Mizel Museum in Denver, Colorado.

More recently, David has embarked on several study trips to New York City, Prague, and Amsterdam. In October 2014, he was accepted to work at the prestigious printmaking studio Estudi de Gravat Ignasi Aguirre Ruiz in Barcelona under master printer Ignacio, who has worked with a number of renowned artists, including Dali, Tapies, and Miro. For his etchings, David primarily uses aquatint, drypoint, or carborundum.

When painting, he uses either oil on canvas or gouache on paper. He loves the difference between these techniques. “Working with oils is like taking a long mountain expedition,” he says, “while working with etchings is like climbing without a rope. One mistake and you’re dead!”

In 2010, David earned international acclaim by founding Twitter Art Exhibit, a social media initiative whereby artists from around the world send hand-painted postcards that are exhibited for local charities in need of funding. This annual event has gone global, taking place in such cities as Los Angeles, Orlando, and New York City. The 2017 exhibit in Stratford-upon-Avon, England, attracted more than 1,000 artists from 65 countries.

An author as well an artist, David wrote a memoir about his challenges with mental illness: I’ll Run Till the Sun Goes Down: A Memoir about Depression and Discovering Art. Published by Sandra Jonas Publishing in Boulder, Colorado, the book was released in September 2015.

David lives with his wife and two sons in Moss, Norway.

STUDIO OIL Fine Artists’ oil color, the modern premium quality with an optimized price performance ratio, is ideally suitable for the demanding artist and student. The oil colors contain only brilliant and valuable pigments with a high light fastness in high concentration. 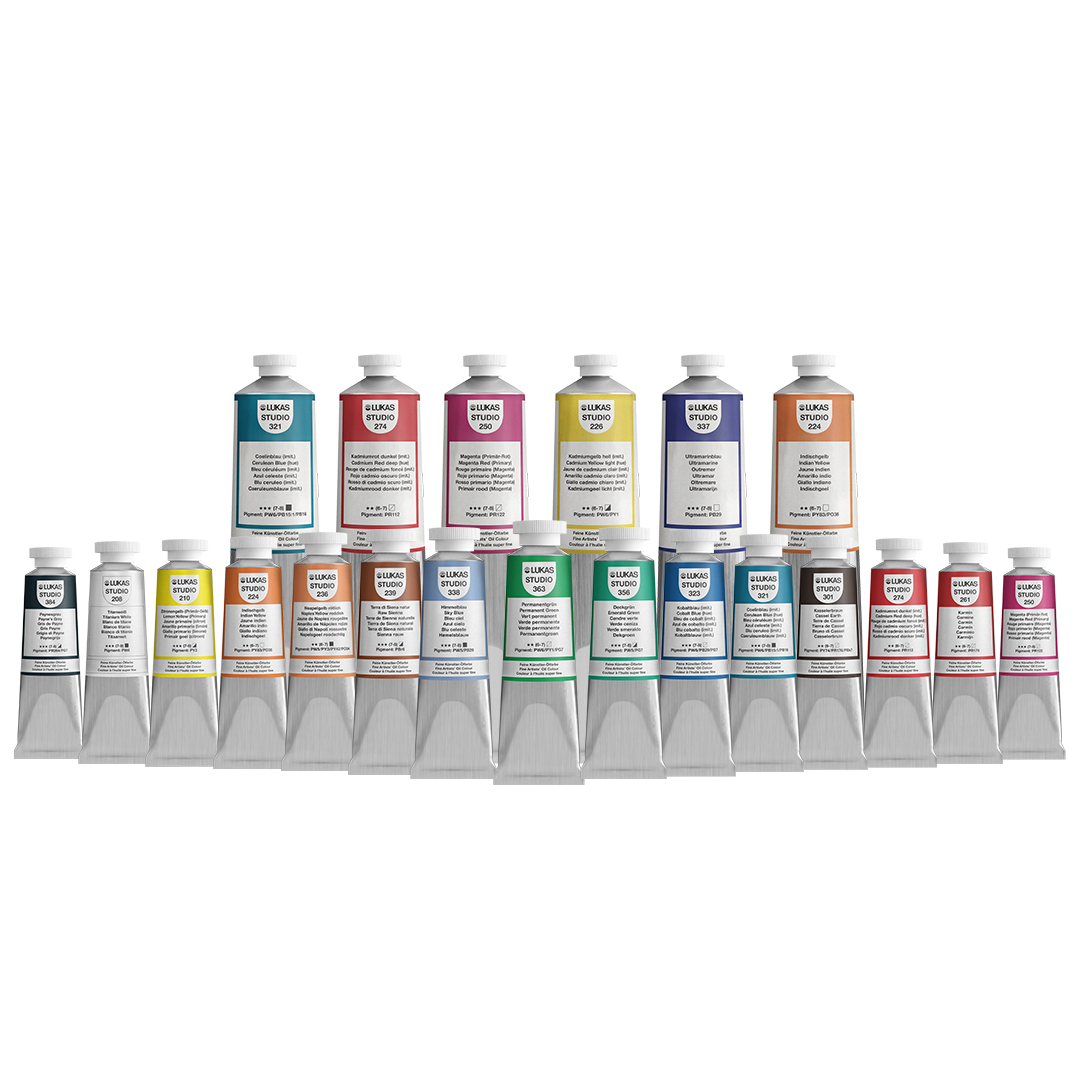 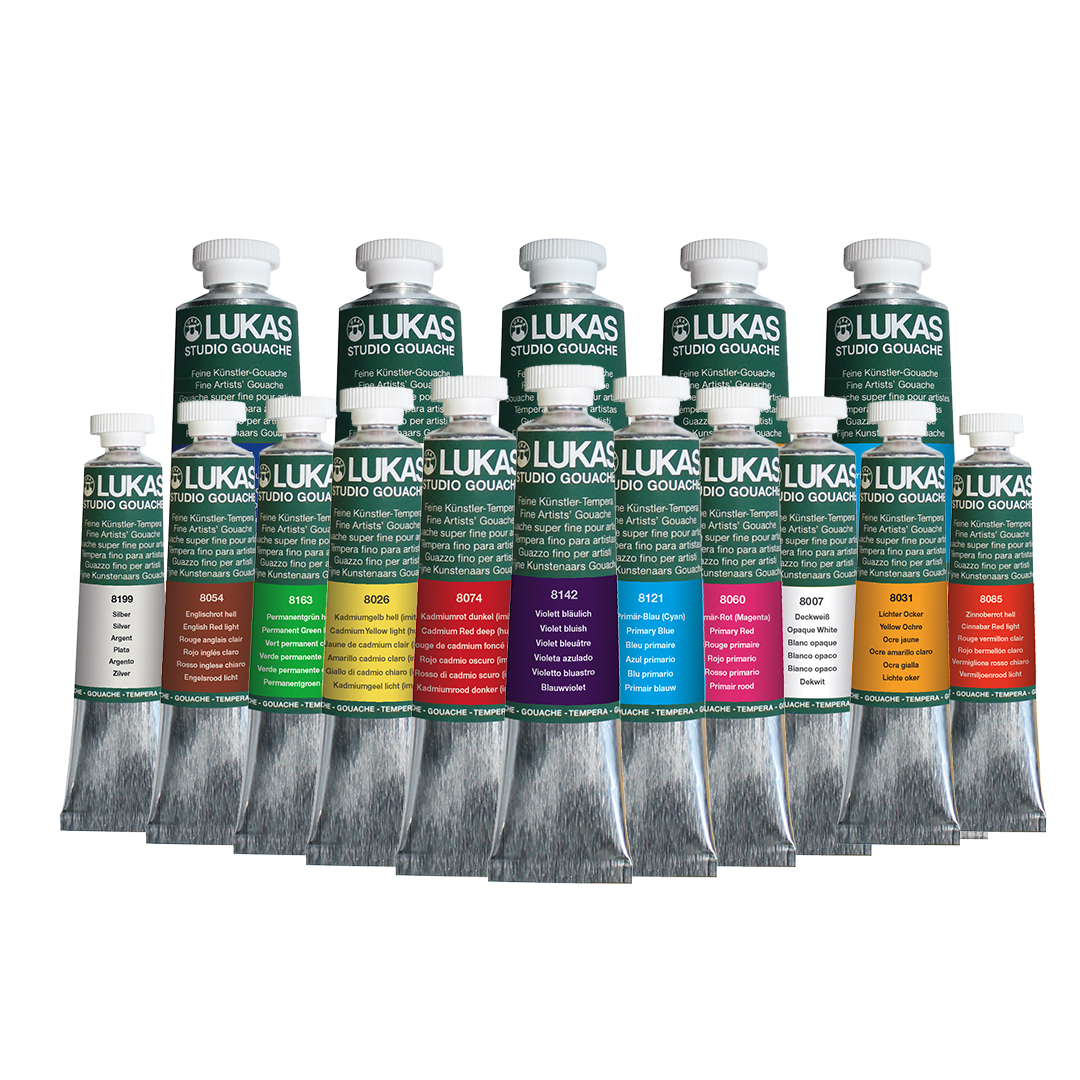 STUDIO GOUACHE is a fine artists’ Gouache color in premium quality that provides high opacity by using the most refined pigments and a high-quality binder. The color has a very good mixing behavior, which makes it ideal for the color theory.